Tasmin Little has established herself as one of today’s leading international violinists and has performed on every continent in some of the most prestigious venues in the world. ‘She and John Lenehan eloquently demonstrated the kind of rapport that only three decades of playing together can produce’. Classic FM

The Carducci’s ascent into the league of the world’s major quartets has been phenomenal and their collaboration with Julian Bliss, one of his generation’s finest clarinetists and friends is eagerly anticipated. 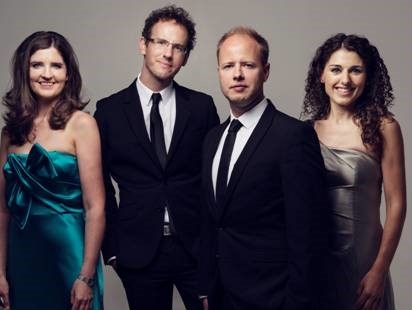 Founded by the pianist Kathron Sturrock in 1994 The Fibonnaci Sequence is one of the UK’s most distinguished chamber ensembles with a wide ranging discography and impressive reviews. ‘ …no praise can be too high for their polished and dashingly committed performances …’ Gramophone. 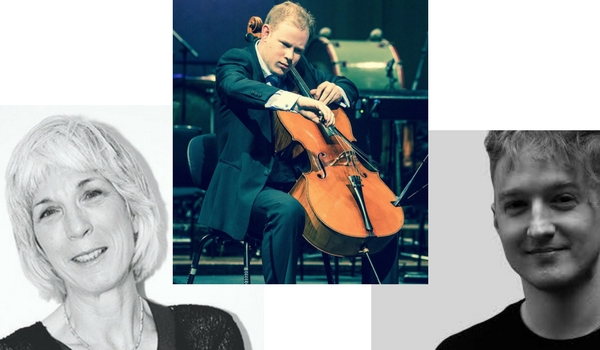 Making their second visit to St Mary’s, the Sixteen under founder and conductor, Harry Christophers, is recognized as one of the world’s greatest ensembles. They have made over 140 recordings, including many award winners reflecting the quality of their work in music spanning 500 years. 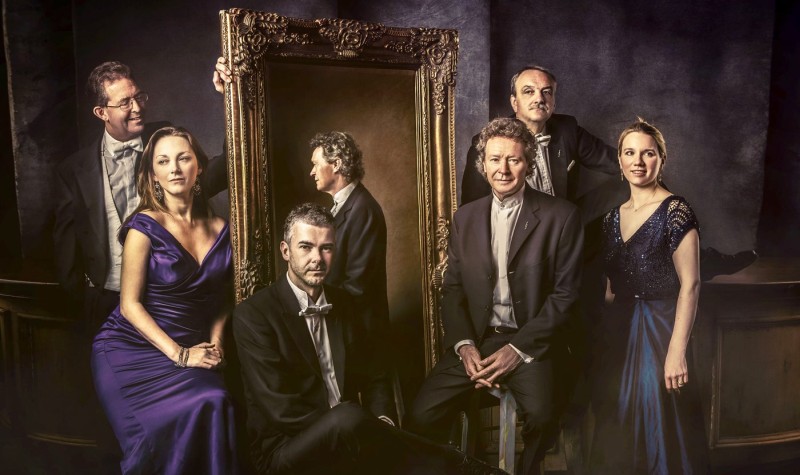 Tasmin Little, returning like an old friend for her fourth visit, delighted a capacity audience in the first of Painswick Music Society’s 2017 concerts.  Accompanied by the pianist, John Lenehan, Tasmin treated us to a breathtaking display of impassioned violin playing, her rich tonal palette wonderfully evoking the varied moods of the music. The term, ‘Accompanist’, would hardly do justice to John Lenehan’s part in the recital. In both Schubert’s Rondo Brillante and Franck’s Sonata, he displayed prodigious technical skill, negotiating with ease the rapid and complicated passage work. The deep rapport between violinist and pianist inspired performances in which the musical ideas were beautifully integrated. This was especially apparent in the soul-searching of John Ireland’s little-known, First Sonata and in the ravishing intimacy of Fauré’s Romance. In the Frere Jacques style, canonical finale of the Franck Sonata, the lovely theme was tossed between violinist and pianist with passion steadily building to an exhilarating ending. Finally, acknowledging rapturous applause, the two performers separately wended their way around the isles of the church. Dragged back by the audience for an encore, the duo let their hair down with a virtuoso rendering of Vittorio Monti’s thrilling Czärdäs, a wildly emotional ziguenertänz which brought the house down.

There was another full house at St Mary’s on Saturday April 8th for the Carducci Quartet joined on this occasion by the celebrated clarinettist Julian Bliss, Elena Hull (double bass), Joost Bosdijk (bassoon) and Jocelyn Lightfoot (horn). The Carducci are old friends of the Painswick Music Society and once again, with Julian Bliss and the other soloists, delighted us with their committed and inspirational playing. Their programme started with Beethoven’s Quartet Op 95 Serioso which has an experimental quality and the Carducci brought out the unexpected musical ideas with a real element of surprise. They were then joined by Julian Bliss for one of the most celebrated works written for the clarinet, Weber’s Clarinet Quintet Op 34, which is operatic in style, full of drama and beautiful melodies. Julian Bliss created a sublime sound throughout with his virtuosic technique and wonderful colours, and the Carducci complimented him with great rapport, clear lines and lively balanced playing. Schubert’s Octet in F, which followed after the interval, is full of complexity, melodies and contrasting moods – joyous and exuberant to dark and desolate, all conveyed by sensitive and perceptive playing. The players gave a riveting performance of this great work which brought a wonderful afternoon of music to a close. We hope to feature the Carducci Quartet again soon, so if you missed them this time, there is sure to be another opportunity to hear this superb ensemble again before too long.

The third of Painswick Music Society’s season of concerts featured the outstanding trio of Kathron Sturrock (piano), Benjamin Hughes (cello) and Daniel Pioro (violin),  playing to a capacity audience at St. Mary’s Church where even the choir stalls were filled with appreciative listeners. Achieving balance between the three instruments in a piano trio performance is notoriously difficult. Not only is the grand piano much more powerful than the stringed instruments, but the depth of tone of the cello can sideline the violinist. However it was clear from the start of the lovely Schubert Notturno Op 148 that these fine musicians were able to project a canvas of sound in which the wide-ranging musical ideas were beautifully delineated. In Mendelssohn’s Trio in D minor, the players taking turns to fuel the passionate flow of melody in the surging agitato of the first movement. The mood of the lyrical slow movement was impressively crafted and, in the following Scherzo movement, so typical of Mendelssohn, the joyful lightness and rhythmic precision of the playing took one’s breath away. The optimism of the lively final movement was rounded off with great elan. After the interval, we were treated to the great Archduke Trio by Beethoven, dedicated to Archduke Rudolf of Austria, a friend, patron and student of the composer. Here, the Trio struck a perfect balance between the classical structure of the work and an emotional expression of the musical ideas. The serene Andante movement took us through variations which unfolded in glowing colours, contrasting with the witty, dance-like Scherzo and the final movement, a jolly Rondo.

For the final concert of the 2017 series, we welcomed back the internationally renowned Sixteen and their founder and conductor Harry Christophers with a programme of motet and part-song settings of British poetry and biblical texts spanning four centuries. The Sixteen fulfilled all our very high expectations of musicality, clarity of tone and diction, purity of voice in solos and total control. All these features were illustrated in James MacMillan’s setting of Burns’ ‘The Gallant Weaver’ – an appealing Scottish folksong style with a plaintive soprano solo “I love my gallant weaver” interlaced with the verses gently sung by the choir. Equally gentle and superbly controlled was the Edmund Rubbra setting of Herrick’s ‘Eternitie’. A song which stood out for me was Finzi’s setting of Robert Bridge’s poem ‘My Spirit Sang All Day’ – a strong declamatory style which contrasted dramatically with the gentle, poignant nature of the other works. Two 16th c. settings of the biblical text ‘When David Heard’, the first by Weelkes, the second by East, were two miniatures which, as with all the programme, illustrated the marriage of music and words performed beautifully. However, even though the full texts were printed in the programme, I found the longer ones (for example Auden’s Hymn to St Cecilia) difficult to take in and follow as well as trying to listen attentively to the singing. For me, this added to my sense of detachment from the afternoon’s performance. In concerts, Harry Christophers is a man of very few, if any, words – not wishing, perhaps, to break into the hushed mystique he creates. I admire the musical artistry greatly – I personally just wish for a little word of greeting and warmth.